The President of Uganda, Yoweri Kaguta Museveni this year, returned the minimum wage bill back to parliament without assenting to it after it was presented to him in 2015. He refuted that there were no gaps in the minimum wage board and wages council act that the bill seeks to kill.

However, concerned youth under the umbrella body Uganda Youth Federation for Good Governance filed a petition to the Speaker of Parliament, Rebecca A. Kadaga who has indicated her disappointment to the president for failing to assent to the bill that Ugandan workers have longed for. 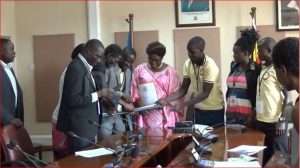 “For a long time, we have been lobbying the government, please can we have a minimum wage but the president does not believe in it”, said Kadaga. She says that when the bill was sent to the president, he rejected saying that he is not signing it after they had gone through so much to try and make that law to maintain minimum standards. 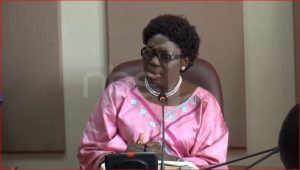 The Speaker, however, has promised to prioritize the issue of youth unemployment by tasking the youth minister to explain the government’s commitment to addressing the issue.

The youth have also asked politicians to stop politicizing the issue of unemployment and instead come up with policies to avert their plight with statistics from the Uganda Bureau of Statistics showing that unemployment rates in Uganda now stand at 6.5% with about 75% of the youth being unemployed.