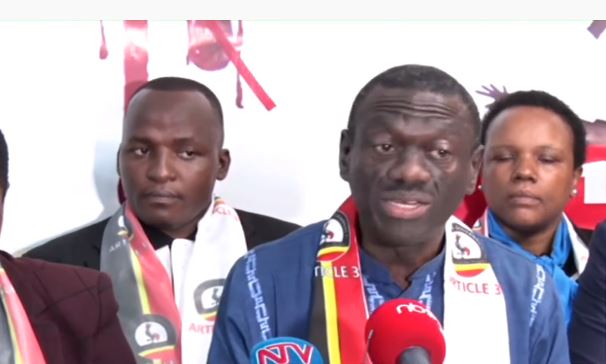 Former Presidential candidate Col. Kizza Besigye has demanded that the current Electoral Commission Chairperson Simon Byabakama should be sacked by the order of the court. Along with fellow opposition allies, Ret. Col. Kizza Besigye made the announcement during a Press Briefing in Kampala citing that Mr Simon Byabakama had not resigned from his job as a judge when appointed in 2006.

The Electoral Commission’s Spokesperson Jotham Taremwa came out to rebuke the accusations stating that no one is on the commission illegally and added that the opposition is trying to divert the public’s attention from registering for 2021.

This is however not the first time Mr Simon Byabakama’s appointment had been challenged as earlier this year city lawyer Mabirizi demanded for his resignation. They were on the grounds that his appointment compromises the independence of the judiciary in deciding over electoral petitions since it is one of their own who heads the institution which would have sanctioned the illegality being challenged.