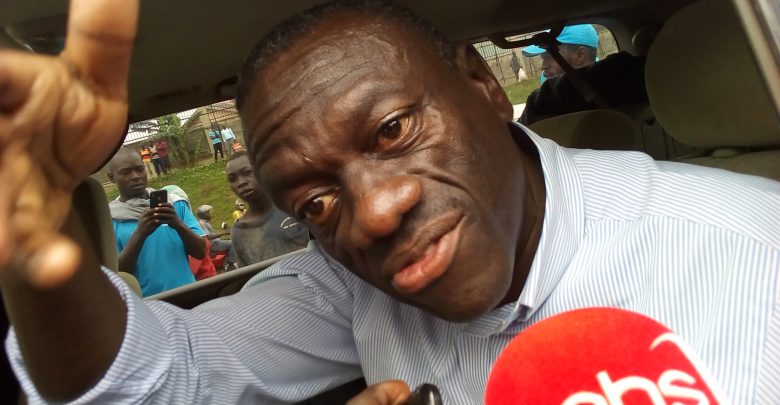 FDC’s Dr Kizza Besigye has been arrested in Jinja where he was scheduled to be hosted on a talk show on Busoga One FM. He was arrested shortly after crossing the Nile bridge where his car was towed to Nalufenya police station as police tried to break his car to forcefully get him out.

The police called in the army to tow Besigye’s car that is currently at Nalufenya police station where he is detained and surrounded by Anti-riot police. This is the second time Dr Besigye has been arrested in Jinja following his first arrest on Monday after he came to attend the FDC 15 year anniversary.