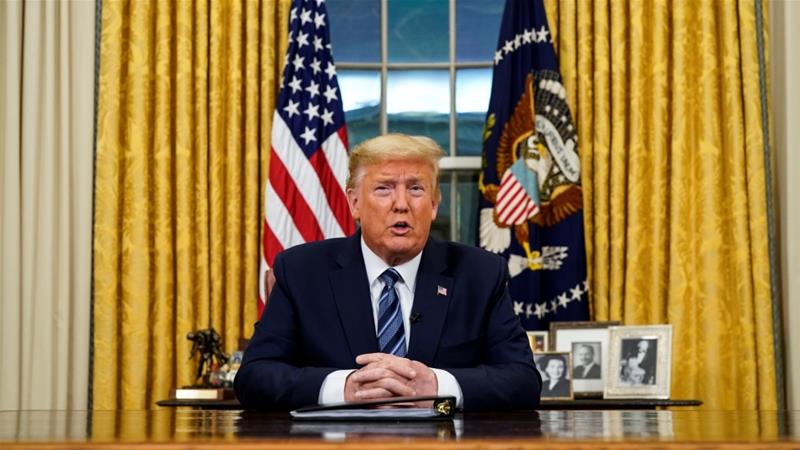 In a press conference held at White House, President Donald Trump warned that the situation is worsening day by day in the USA. He said that the next weeks would be the toughest for Americans with global deaths from the COVID-19 pandemic soaring past 65,000.

He, however, said that the government is doing its best to secure the lives of the citizens. So far over 10 million people have filed for unemployment after bars, supermarkets, and other businesses were closed due to the COVID-19 outbreak.

With more than 1.2 million confirmed cases across the globe and over 65,000 people dead since the virus first attacked in China late last year according to a Johns Hopkins University tally, Trump said the United States was entering a time that’s going to be very horrendous.

“This will probably be the toughest week, there will be a lot of death,” said President Trump at the White House. ”