Cattle Theft On A Rise in Kyenjojo District 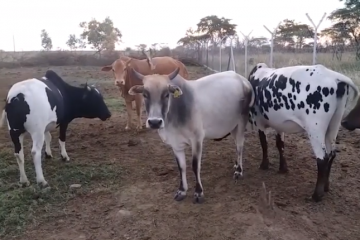 When it clocks 7:00 pm in Kyenjojo district, people start stealing animals. The RDC of Kyenjojo Apollo Bwebale has tasked police to hold meetings every Monday and track these thieves as locals fear for their animals.

The Police in the district says that reports from locals that have suffered victim have noticed that the thieves use Lorries to steal the animals because they are not easily noticed at that time making it hard to track.

The RDC Apollo Bwebale says that security officials have been deployed at different points of Kyenjojo district to make sure that the theft of cattle is dealt with.

He added that ever since the deployment process, the theft cases have seen a decline which has managed to keep some of the locals at ease.

ANT In Talks With Opposition Parties To Select A Joint Candidate