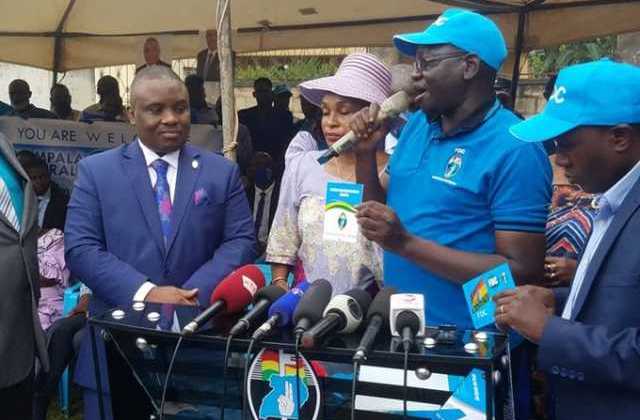 Lord Mayor Erias Lukwago has officially been ushered into FDC by party president Patrick Oboi Amuriat. While addressing other party members during his unveiling at the headquarters in Najjanankumbi, Lukwago dismissed the idea that he had joined the party over material gain.

Lukwago said that he is not looking for a meal card and neither is he looking to scheme anything. He called out to other members with the FDC ticket not to treat it as a meal card.

“I am at peace with my conscience, my heart and my soul. In good and bad times, sickness and health, swallowing teargas and watermelon, we shall always be together,” said Lukwago.