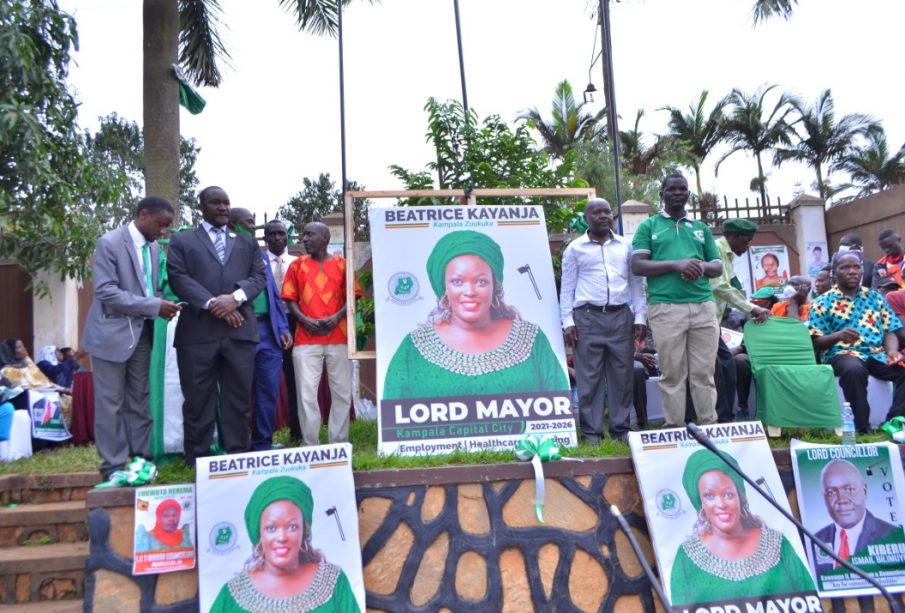 The Democratic Party has officially unveiled Beatrice Kayanja as its flag bearer for the Kampala Lord Mayoral slot come 2020. The announcement was made by party president Nobert Mao at the DP campaign offices in Mengo.

While addressing party supporters, Beatrice noted that her vision for transforming Kampala was based on the political and socio-economic advocacy for the equitable distribution of resources.

In taking on this mantle, she replaces incumbent Lord Mayor and former member of the Democratic Party Elias Lukwago who has since joined and returns for the same position on the Forum for Democratic Change ticket.