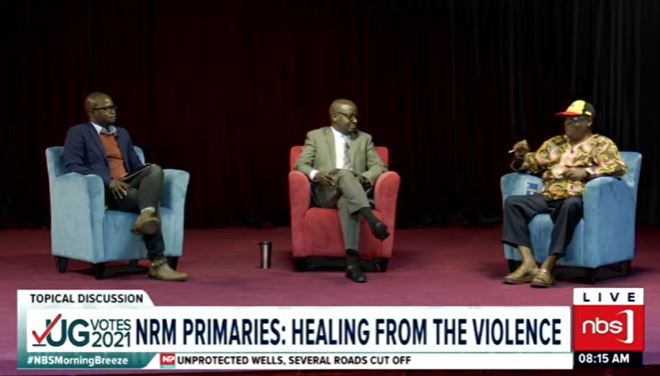 Each time Uganda goes to the polls, violence is expected. Gruesome pictures and videos of people attacking each other and security officers beating up people emerge.

You would expect that the more the country exercises elections, the democratic electoral process would be perfected. This doesn’t seem to be the case as flouting democratic processes worsen each time.

Sserunkuuma said the electoral violence is systemic and deeply rooted in NRM. He insists President Museveni’s government cannot deal with this vice because ‘fish rots from the head’ sighting many incidences that the president has okayed violence.

Shaban Bantariza, on the other hand, says violence in NRM elections, especially the recently concluded NRM Primaries, were orchestrated by individuals and can’t be blamed on the NRM institution.