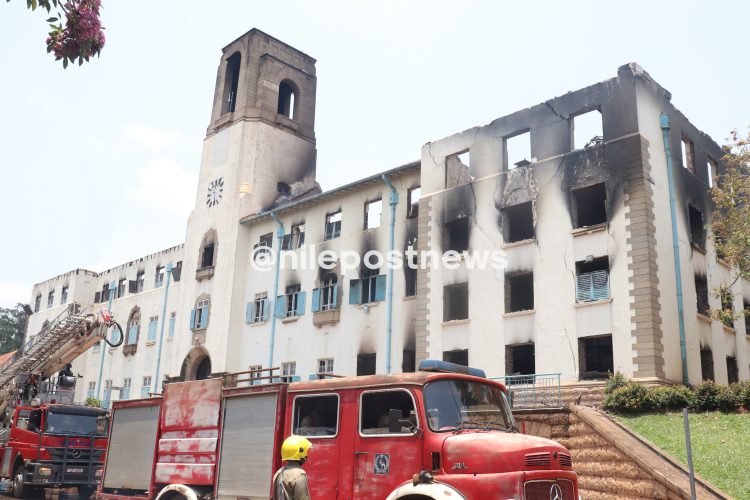 Uganda woke up to a shock this Sunday morning as Makerere University Main Building caught fire from the roof spreading to floors that house both records and finance departments. The Fire Brigade and Rescue Services Directorate of the Uganda Police managed to put out the fire over eight hours later. The fire started past midnight in the roof of the office of the public relations department, went down to the university secretary’s office, spread to the southern wing which houses the records.

The First Lady who also doubles as the Education Minister, Janet Museveni met with officials from the university led by the Vice-Chancellor, Prof. Barnabas Nawangwe in a closed-door meeting to get detailed information about the fire.

The Police Crime Investigations Director, AIGP Grace Akullo told journalists that investigations into the fire have kicked off.