Kibalama Appears in Court over NUP 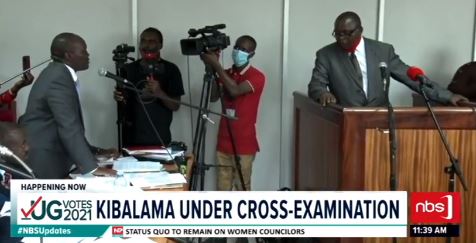 Nkonge Kibalama, who was seen in a video saying he wants his party, NUP, that he handed over to People Power and Bobi Wine has appeared before court.

Kibalama denied selling NUP to People Power and Bobi Wine at a tune of $ 5 million. He said his concern was the failure of NUP leadership to incorporate the original members in the system.

Kibalama, when asked about where he has been in the past two weeks, said that he has been in Mbale under security surveillance. Kibalama told court that he hasn’t met President Museveni, but he did meet the CDF David Muhoozi, who asked him briefly about NUP. He asked the court to help him regain his freedom.

Kibalama had difficulty explaining how it was possible that he signed an affidavit at 8:00 PM and a retracting affidavit at 4:00 PM.