NUP Will Not Die – Joel Ssenyonyi 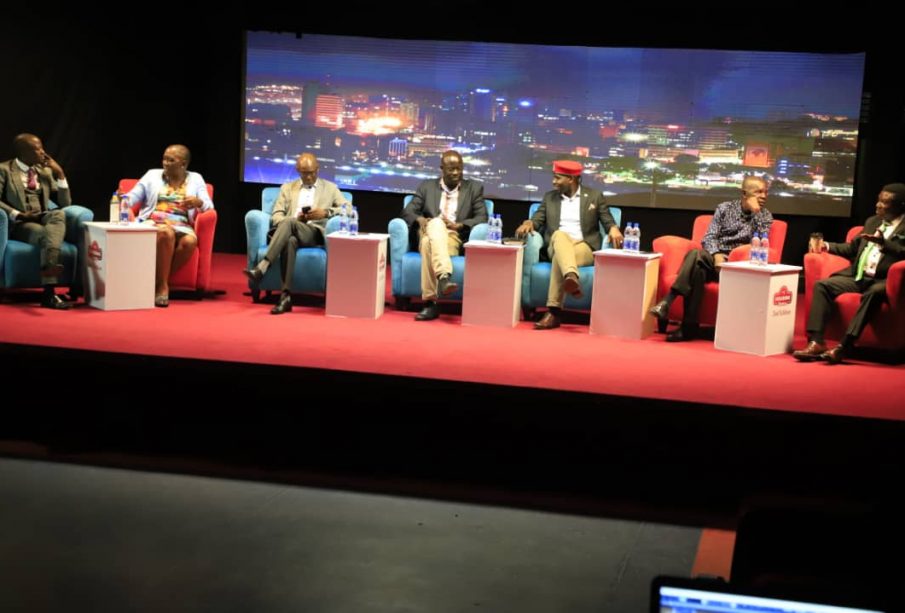 In his concluding remarks on #NBSFrontline show that airs every Thursday night from 10 PM to midnight, Joel Ssenyonyi the National Unity Platform (NUP) Spokesperson said there are vultures waiting for NUP to die but to their disappointment, it won’t happen.

Ssenyonyi was responding to Norbert Mao, Andrew Mwenda, Odonga Otto, Salaamu Musumba and Ofwono Opondo who prophesied doom for the youngest political party following ownership drama with the original owner of the party, Kibalama who appeared on a video that circulated on social media where he was allegedly reclaiming his party NUP for failure of non payment.

Kibalama in the video claimed Bobi Wine and his group failed to pay him 5 million US dollars as per the agreement and therefore he is taking back his party.