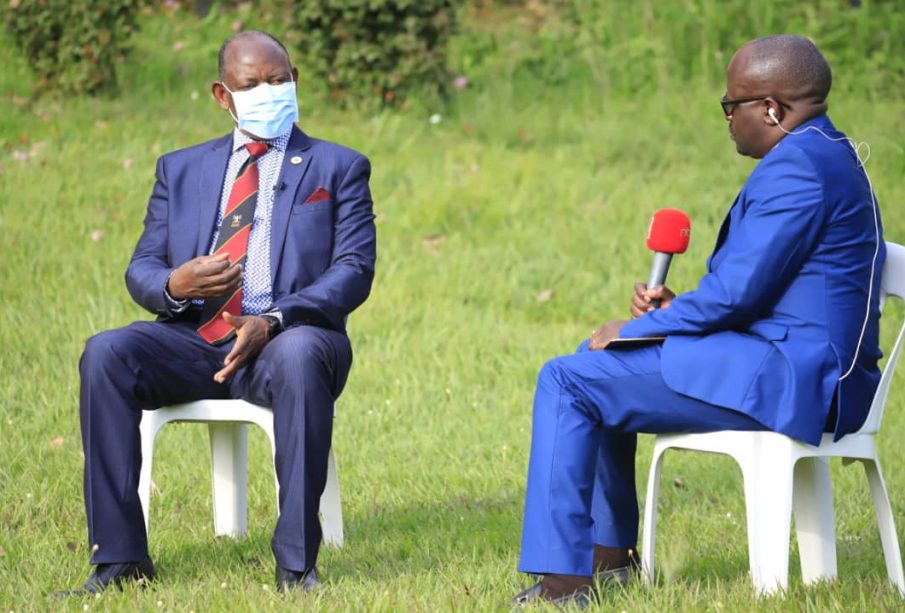 Prof Nawangwe the Vice-Chancellor (VC) Makerere University was interviewed by Simon Kaggwa Njala this morning on #NBSMorningBreeze show. The VC expressed heartache that he says he shares with all the alumni and the students of the institution.

Nawangwe said he was immediately called to the scene and he stayed in touch with President Museveni who he updated until the fire was put off.

The VC blames the fire on the timber structure that he said made the building vulnerable. He said the fire extinguishers could be used because the fire started from inside.

Nawangwe says investigations are ongoing and whoever is found to be negligent will be reprimanded, two guards are already in police custody.

The VC said the building will be restored with advice from experts and a fundraising drive will kickstart soon. He says this will not affect the reopening of the university to final year students who return in October.