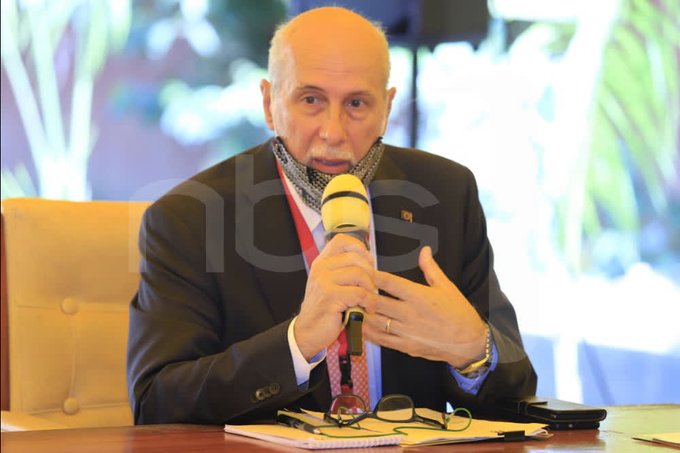 The European Union Delegation led by Attilio Pacific had a courtsey visit at the NRM Secretariat.

They were welcomed by Kasule Lumumba, Emmanuel Dombo, Richard Todwong and other NRM party leaders. Kasule Lumumba assured them that the just concluded elections were peaceful.

Attilio Pacific in his address noted that there has been a lot of misinformation by people who want to spoil the EU relationship with the NRM, this follows the announcement of EU ban on government officials and cut in aid to the UPDF and Uganda over Human Rights abuse.