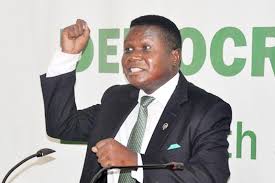 The Democratic Party president Norbert Mao on return from political recess has tagged the just concluded polls as an empty ritual that did see many leaders snapped off their victory. In his first public appearance since the January 14th presidential polls, Mao also condemned the ongoing abductions of Ugandans by security agencies as reported across the country.

Mao had previously said he would resign if his party doesn’t garner 15 MPs in Parliament. In a twist of events, the DP chairman has said he won’t resign because people who care about DP said he shouldn’t and if he did, it would be abdication.