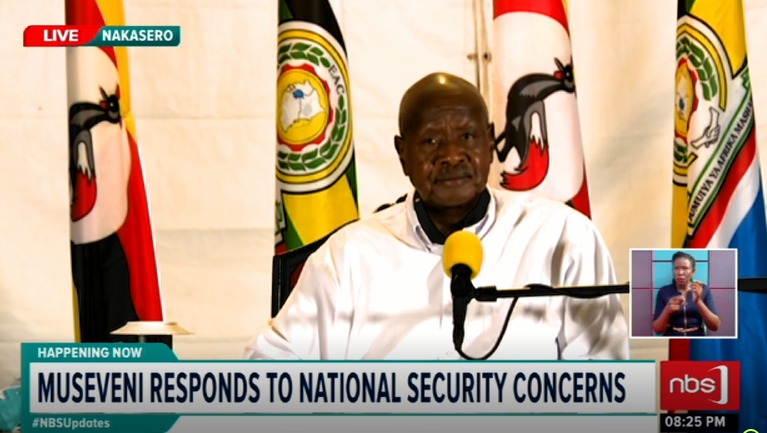 While addressing the nation on the state of security, the president reacted to the recent travel ban on some government officials because of engaging in human rights violations.

The president also addressed the recent kidnaps, he dismissed the claims saying such can’t happen under the NRM and he read some names of people in security custody and he promised that the full list will be availed to the public to put the last nail to the kidnap talk.