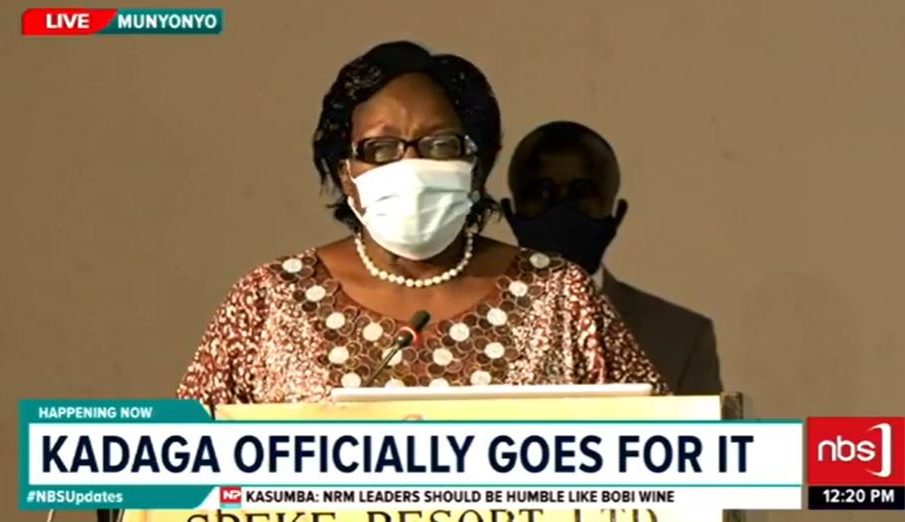 In an event held at Speke Resort Munyonyo, sixty-five MPs were in attendance. Speaker Rebecca Alitwala Kadaga said she has been accused of not loving the NRM because she has refused to stifle the opposition. She adds that she prefers to play a unifying role because she is a speaker.

In her speech she also blamed her competitor Jacob Oulanyah who sh says is conveniently absent like he was during the age limit debate. She says he hasn’t chaired the house in a year because she chose to do the work because each time she has assigned him to chair, he is not ready.

The NRM CEC is expected to meet over the two’s speakership bid this Friday.