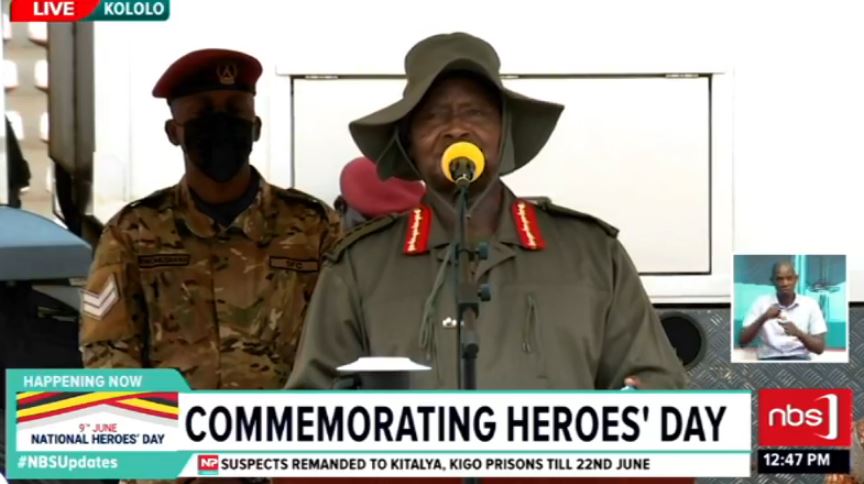 In his heroes day message, the president informed the country that the NRM is against extrajudicial killings. He said in the last concluded elections, there were mistakes made by the opposition by choosing violence to win the elections. He affirmed that no one can win the NRM by force.

The president urged religious leaders to throw weight behind the government’s call for wealth creation and also urged the MPs to allocate resources to this.

The president talked strongly about Buganda’s Mailo Land System that he says is very unfair and evil.

Ramadhan Ggoobi on his Ministerial Position that Never Was