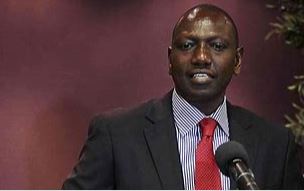 Kenya’s Deputy President William Ruto was blocked from boarding a flight to Uganda for not seeking clearance. He had intended to fly to Entebbe, accompanied by a seven-man entourage on a private jet, flight number Jadestar 12,  Phoenix Aviation. The plane Cessna 560XL had already been prepared for flight when the crew got to know the journey was not to happen.

Ruto of course was displeased by the disruption to his travel on Monday and he said the rules were changed last minute. William Ruto has expressed interest to replace President Uhuru Kenyatta and he is gearing up to the 2022 General Election.

His closeness to President Museveni is vivid. He campaigned for Museveni in the just concluded elections. Ruto was in Uganda just last month, July.