Are you the kind of person who never buries or attends weddings because of work? 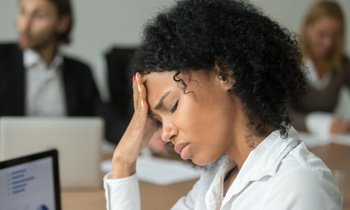 “My heart is heavy with regret of all the hours I have given to my job for years, my wife never left me but her presence is more in title than in marriage; my children and I are like money and I, their ATM,” he said blatantly gazing into my questioning eyes.

They would stare at him like a stranger in a place that he wished to run and find homage elsewhere.

Ahmed (not real name) often walked into a home that existed but dried up of any feelings. On entry, the children and wife would do the customary greeting (not the intimate joy of hugs) then scamper into their world where he did not belong.

In the most important feature of his life-family, Ahmed was in middle of nowhere. For years he replaced work with family, and was now heavily pregnant with social disconnect

His place was just that of a provider.

The job granted him fame, school fees, money enough to carry a fast food pack filled with chicken and fries to home but no homecoming. He invested love in work, but work never offered the desired intimacy only family can.

There is this kind of worker who consumes seven days a week in the pretext of “things can’t move when I am away.”

Are you the colleague who hasn’t attended a ‘wedding, or clan gathering of a family member or relative in years?

Are you the kind whose name has become synonymous with gossip “Oyo taziika” (that one never attends funerals) or family gathering for the closest friend?

Abandoning what is precious in the name of imported preoccupations yields short term fulfilment.

A friend once intimated that he trashed his animal skin that gave his living room facelift for fear that visitors will brand her a witch.

I asked her: “Do you have a say in how your visitors design their living rooms?” I got no answer.

Don’t struggle with future where you will wrestle with what you lost or abandoned.

If you are guilty, don’t procrastinate, reunite with the shadows in your life for it is your lasting peace than the ghosts that awaken you at night.