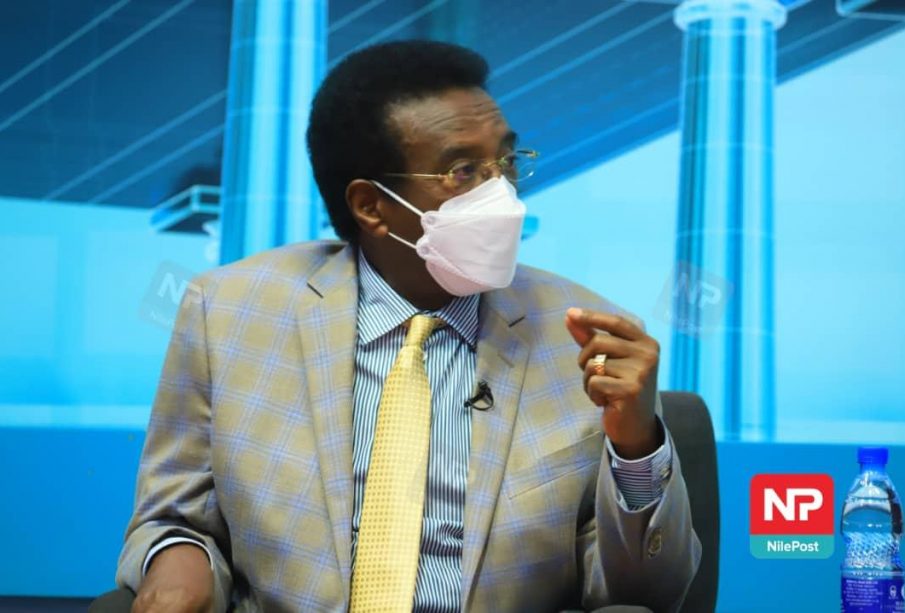 While appearing on The Frontline, Minister for Security Jim Muhwezi was tasked to explain why the security agents seem to have a shoot to kill policy when dealing with suspected terrorists.

Muhwezi said that is not the case, “Right from inception, NRA does not kill opponents even in times of war. When they surrender, we bring them on and rehabilitate them to be better members of society.”

Muhwezi said in cases where the suspects are shot is when they resist arrest and run and in that case, the officers have no choice but to shoot to stop them and sometimes they end up dead.

“We don’t kill suspected terrorists. They are shot when they resist arrest and run. We have several suspects in detention. Only a smaller fraction have been shot,” said Jim Muhwezi.

Watch a video where the Lord Mayor Erias Lukwago is going hard on Minister Jim Muhwezi;

VIDEO: You are a terrorist – @EriasLukwago_

You were a terrorist when you were in the bush. You were busy terrorizing people. Why were you not shot at? – Erias Lukwago#NBSFrontline #NBSUpdates pic.twitter.com/g7XfYyErxB

Moslems Witch-hunted in the Face of Terrorism in Uganda?