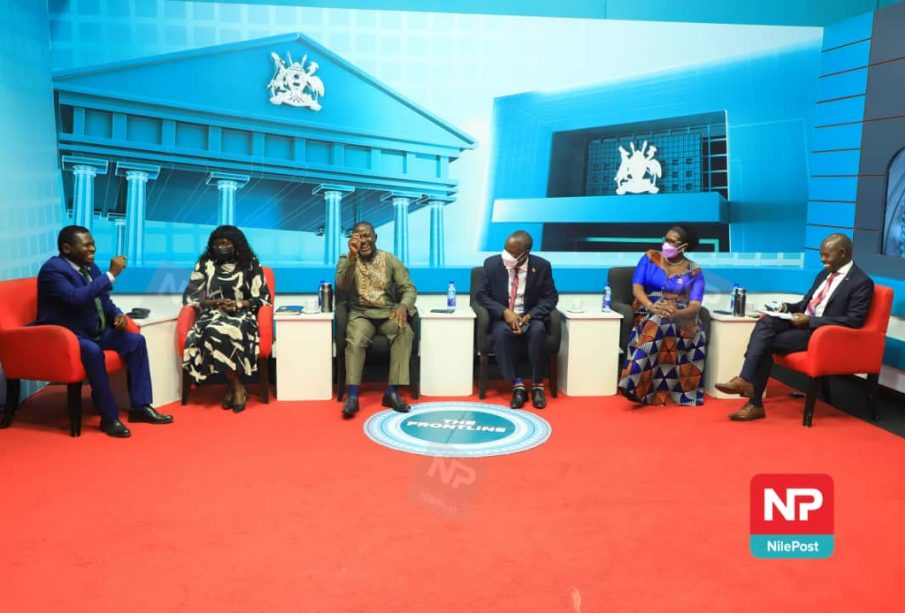 The Government Chief Whip Thomas Tayebwa has defended the First Lady Janet Museveni who doubles as the Minister of Education and Sports on asking MPs to meet her in Kololo, a move that many opposition MPs say is against rules of procedures.

Tayebwa while appearing on The Frontline Show said MPs should know the First Lady is above them and she can ask them to meet her outside Parliament.

I don’t want us to pretend. The First Lady is above us. – Hon. Thomas Tayebwa.

I don't want us to pretend. The First Lady is above us. – Hon. Thomas Tayebwa defends Minister Janet Museveni's summon of MPs to Kololo.#NBSFrontline #NBSUpdates pic.twitter.com/gpeSybVSOm

Minister Margaret Muhanga also defended the First Lady saying the Chief Administrative Officers who should be in attendance are not allowed inside Parliament.

The CAOs are not allowed to enter the chambers of Parliament.’ Muhanga said.

MP Asuman Basalirwa and Governance Expert Mercy Grace Munduru urged that the rules of procedure should be followed.

Abiding by the rules shouldn’t be a matter of debate. The meeting was very important for the country and the children who have been out of school. The moment the Speaker made the meeting formal, rules of procedure had to be discussed,” Mercy Grace Munduru

My argument was on rules of procedure. I want to disagree that the Kololo meeting didn’t have a cost implication. It definitely had a cost. The argument of Hon. Ssewungu was that this money should be channeled to schools,” Hon Basalirwa.

DP Chairman Nobert Mao said the invite wouldn’t have been a problem but the way it was relayed to the MPs caused the storm.

There is a communication problem. If the statement was that the Minister was issuing a policy statement and all members were welcome to attend, it would be more welcoming to the MPs. I think there was an assumption from the Ministry that there is this message and they should comply. We are now discussing the venue for the meeting instead of the agenda. If there was goodwill on both sides and less toxicity, the MPs wouldn’t be agitated,” said Mao

Dealing with mental stress at the workplace