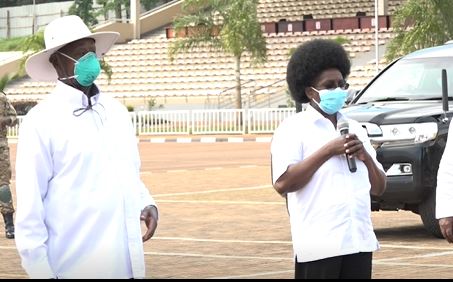 President Museveni has warned Parliament against attacking the Minister of Science, Technology, and Innovation, Dr. Monica Musenero, over the alleged misuse of money that was meant to carry out COVID-19 innovations.

The President revealed this as he closed the science week at the Kololo Independence Grounds.

“You have no right to attack a decorated officer,” he said. #NBSUpdates pic.twitter.com/iq0q5e1g3f