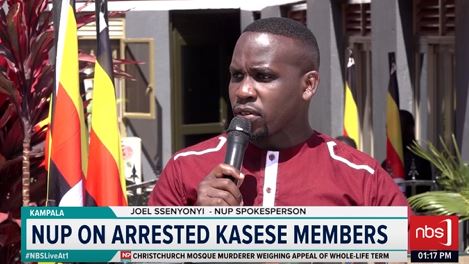 The National Unity Platform (NUP) has called for the unconditional release of four of its members who were arrested in Kasese district.

The arrested supporters were found holding a meeting at the residence of the Kasese NUP Chairperson.

The party Spokesperson Joel Ssenyonyi has described the arrest as a move by the state to sabotage their mobilization efforts.

VIDEO: @NUP_Ug demands for the immediate release of their comrades arrested in Kasese. @PoliceUg Spokesperson Fred Enanga said they were planning violent protests in the Rwenzori region. #NBSUpdates pic.twitter.com/4dY98lrOfF

Speaker of Parliament of Zimbabwe Jacob Francis Nzwidamililo in Uganda

UN worried Ethiopian conflict could escalate into all out civil war