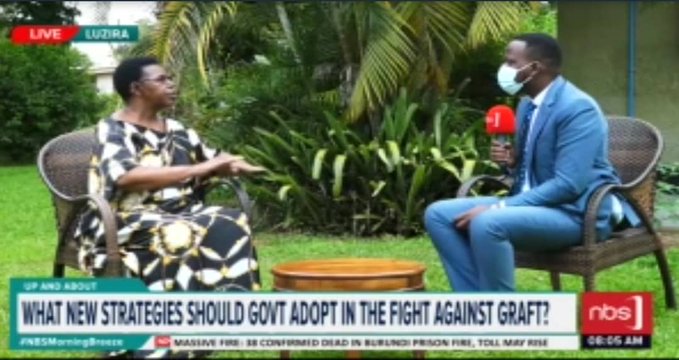 Can the corrupt fight corruption? You know very well that the political leadership in this country, right from the LC1 level, came into power through bribery and all sorts of corruption.” said Matembe

Matembe went on to say that the missing link in fight is the political will, and this can be seen through the government’s actions.

If the President doesn’t want corruption, corruption won’t thrive. Let me ask you, is there anything that Museveni wants that he doesn’t get?” Matembe affirmed.

Watch some videos from the interview, you can get the full interview on Afro Mobile app;

VIDEO: The talk of a lifestyle audit is silly. – Miria Matembe#NBSMorningBreeze #NBSUpdates pic.twitter.com/ZVDrClnxaY