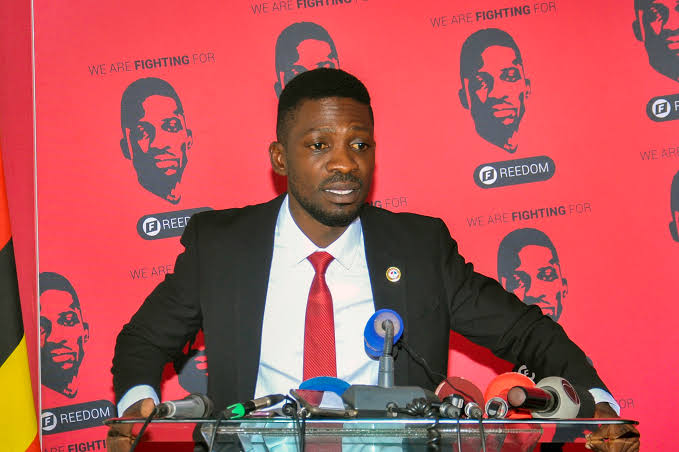 In a presser at the NUP headquarters in Kamwokya, Robert Kyagulanyi Ssentamu urged the party members to embrace all ethinities and be all-embracing by learning anthems of other ethnicities.

Kyagulanyi decried the continued arrests of the party members and also talked of the arrest of novelist Kakwenza who was arrested and detained for computer offensive communication.

“Kakwenza was held incommunicado, and he was arraigned before a court without the knowledge of his family and lawyers.
I’m convinced they are covering up the torture marks. The same thing happened to me. I was injected with various steroids to reduce the swelling,” Kyagulanyi said.

Kyagulanyi also challenged the security on the red beret saying,

“Many people have been arrested for wearing berets. Interestingly, when several are wearing the berets, they will arrest everybody except me. I challenge them to arrest us and convict us. They know we are not breaking the law. They know I wear it,” Kyagulanyi said.

Kyagulanyi has urged all Ugandans to rise and protect the Constitution before it is too weak to protect them.