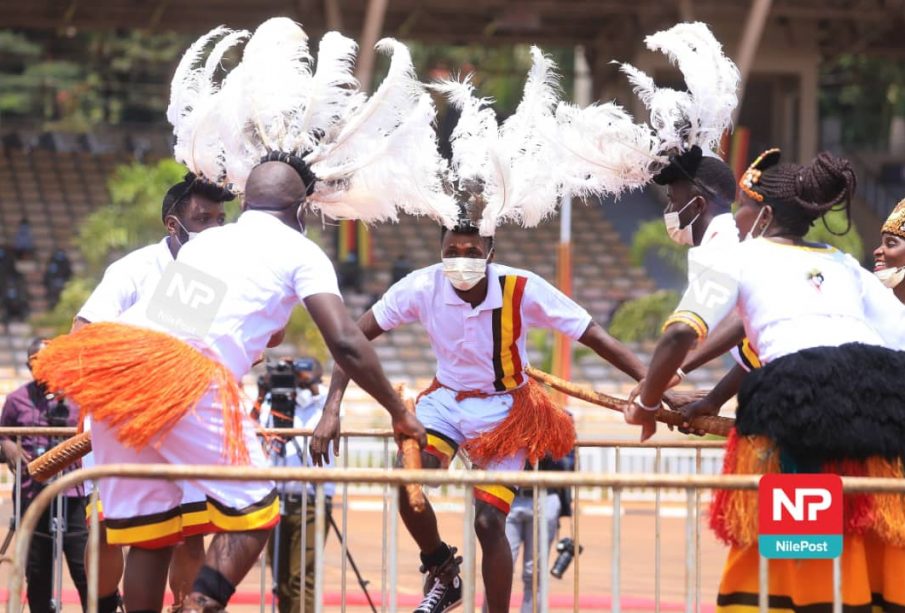 Several were in attendance including the Archbishop Paul Ssemogerere who was installed yesterday. Former Vice Presidents Edward Ssekandi and Gilbert Bukenya  were also among the guests present. 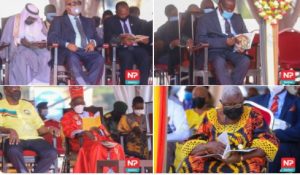 President Museveni’s arrival at Kololo Independence Grounds as the Chief Guest for the #NRMAt36 celebrations. 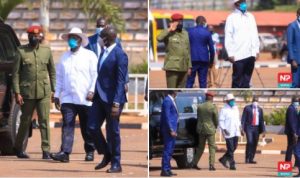 President Museveni inspecting the parade at the #NRMAt36 celebrations in Kololo. 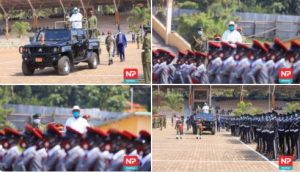 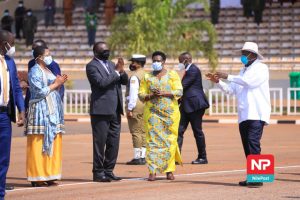 The liberation day medalists including Professor Ogwang posing for a picture with the President. 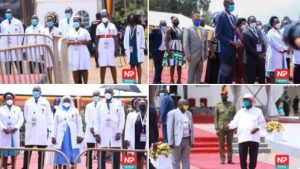