Tuesday, May 17
Home›NBS Updates›Political Losers Are Planning a Strike in Lango
NBS Updates

Political Losers Are Planning a Strike in Lango 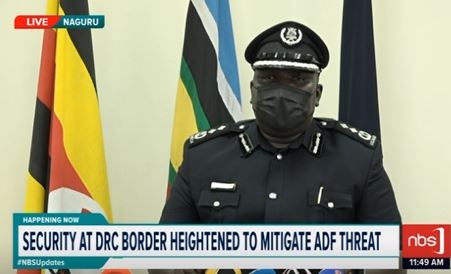 Uganda Police Spokesperson Fred Enanga has revealed there is a brewing riot in Lango sub-region organised by political losers they are dubbing, Demonstration Against Poor Roads.

We want to assure residents of Lango sub-region that the politicians are fronting a wrong narrative.

The Kamdini-Lira Road has been in the spotlight over its poor state leading to several deaths. Enanga has said that this is a World Bank project that has stalled as a result of certain environmental and social safety concerns that have not yet been cleared. Once they are, the road will be worked on.

Enanga has warned the members of the general public and Transport operators in the region against joining the riot, he warns the organisers that they won’t succeed as police is ready for them.