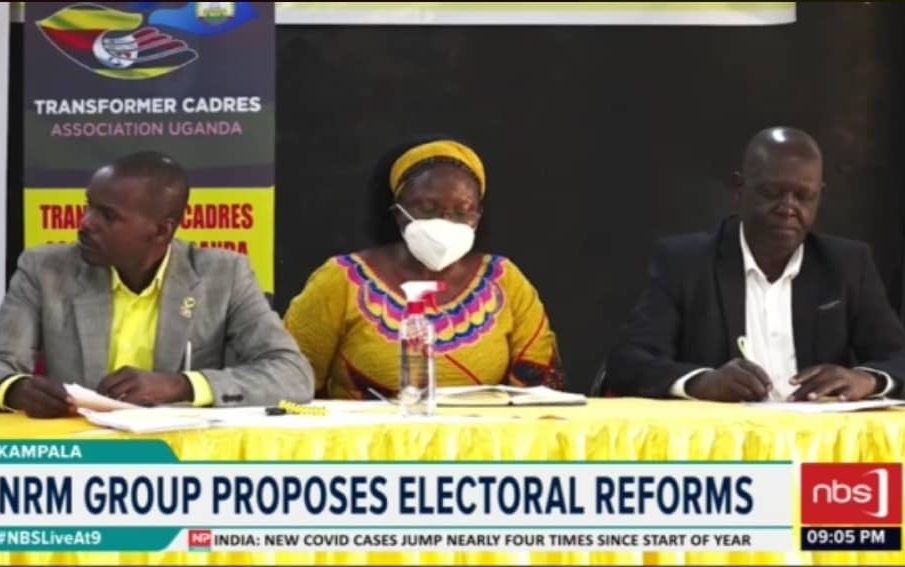 A section of National Resistance Movement legislators have welcomed the proposal from the ruling party activists to have the mode of electing the President changed from adult suffrage to electoral college, where Legislators decide who leads the country.

These NRM legislators argue that this system will reduce the billions spent on organizing Presidential elections and reduce the growing hatred in Uganda’s politics.

We are pushing for transformation in election of the President, we are ready for the consequences. – Felix Adupa Ongwech #NBSUpdates pic.twitter.com/mDpD5yBVOR

The Leader of Opposition in Parliament Mathias Mpuuga says the proposal to switch from a Presidential to a Parliamentary system of governance can only be feasible if the government can first address previous democracy evils before entering into a new system.

Mpuuga renewed calls for a review of the composition of the Electoral Commission leadership, restructuring the constituencies and blocking the military’s involvement in the electoral process.

Mpuuga has revealed this was planned during the age limit removal but the NRM agreed to delay it.

Proposal to Remove Universal Suffrage is Not in Good Faith – Mathias ...