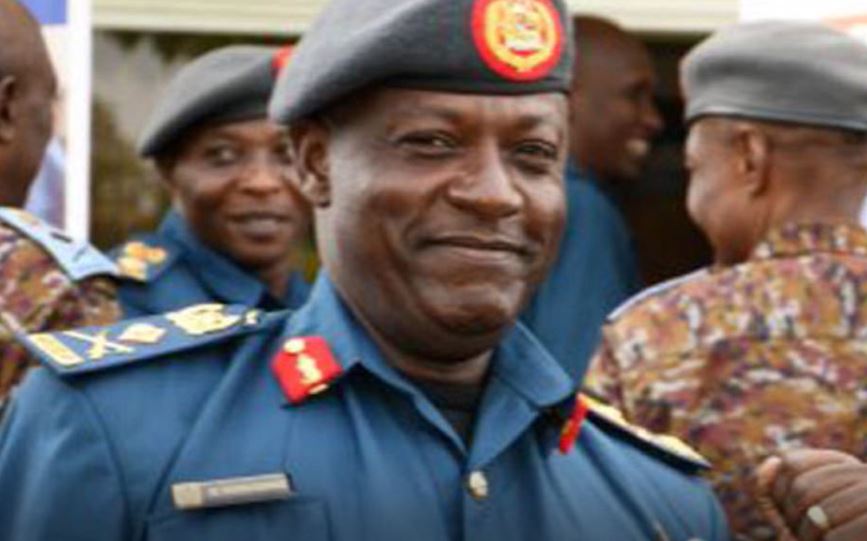 On Tuesday, President Yoweri Museveni brought to an end the wait for the appointment of a Deputy Inspector General of Police, naming Major General Geoffrey Katsigazi Tumusiime to the position. Gen. Tumusiime replaces another soldier; the late Major General Paul Lokech who succumbed to a blood clot last July.

The militarization of the Police, a civilian force continues to divide public opinion in Uganda.

Former Shadow internal affairs minister Muwanga Kivumbi casts doubt on the capacity of the newly appointed DIGP to change the face of police, noting that General Katsigazi who until this deployment was the Deputy Commandant of the Uganda Peoples’ Defense Airforce Force, has a difficult mandate to fulfill.

All of them have failed, their role and mandate is political and that’s why the Kasingyes have not been appointed in those positions” Hon Muwanga Kivumbi.

Political actors say the role of police to maintain law and order being supervised by military heads is a reflection that the institution is slowly being annexed. Kampala Lord mayor Erias Lukwago and Kira municipality legislator Ibrahim Ssemujju Nganda argue that the appointment of military personnel only goes to emphasize the NRM government’s focus on promoting brutality by police officers.

But Lukwago cautions that the DIGP should come with good will to work with citizens.

He should come knowing these are civilians he is to police, let him forget about brutality and the military violence”Kampala Lord Mayor Erias Lukwago.

From the year 2000, President Museveni has deployed the army into the police with his main argument being the need to clean up the force of what he calls weevils. But just how much has been achieved? Muwanga and Ssemujju say the achievements come with proximity to power.

Dr. Chris Baryomunsi the Minister of ICT and National Guidance however defends the militarization of the Police, arguing deployed officers have performed beyond expectations.

Military officers in police have improved the efficiency in police and there is no problem,” Baryomunsi said.

Gen Katsigazi is the third to occupy the same position replacing the deceased military gen Paul Lokech who in turn succeeded Maj gen Sabiiti Muzeeyi who assumed office after then deputy IGP martins Okoth Ochola was appointed the inspector general of police.

Gen Katsigazi has previously served in different capacities. He has served as the deputy commander of the UPDF air force since January 2020. He served as the UPDF liaison at the EAC Secretariat in Arusha Tanzania, was commander for the UPDF motorized infantry and acting chief of staff for the UPDF land forces.

The appointment comes among many others that started with the deployment of Gen Katumba Wamala as Inspector general of police in 2001 to 2005, who was succeeded by Gen kale Kayihura who served between 2005 and 2018. These set the precedent of appointing military officers in the Uganda police force.