Fifteen years after the discovery of oil in Uganda 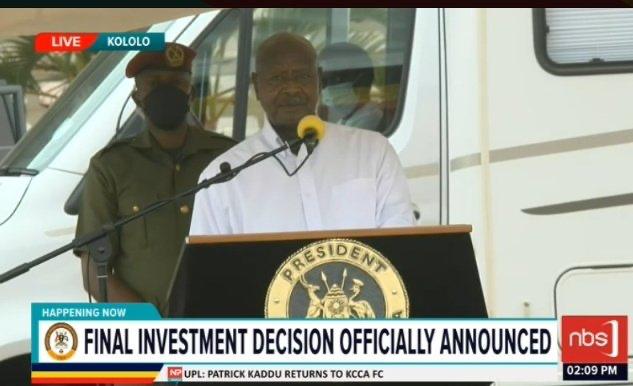 On 1st February 2022, all roads led to Kololo Memorial Grounds for the Final Investment Decision (FID) on the oil and gas sector where the country is expected to produce 230,000 barrels of oil per day; which is expected to boast the economic growth of this Nation.

The President of Uganda, H.E. Yoweri Kaguta Museveni and Tanzania’s Vice-President Dr. Philip Isdor Mpango who represented President Samia Suluhu Hassan officiated this ceremony, and were as a witness for this long awaited agreement/decision.

In 2006, it is believed that Uganda’s commercial reserves of oil and gas were discovered. And over the years various efforts were made to ensure the commercialization of the country’s oil and gas resources. So, this process culminated in the signing of various agreements such as the Host Government Agreement and Shareholders Agreement. Though, the joint venture partners have now made the Final Investment Decision (FID) regarding these key projects- East African Crude Oil Pipeline (EACOP), Tilenga project, and the Kingfisher project.

The Ugandan government and its partners Total Energies, CNOOC Uganda Limited and UNOC, the commercial arm of government in the oil and gas space, have reached the final investiment decision for the East African Crude Oil Pipline(EACOP), the Tilenga project, and the Kingfisher project. 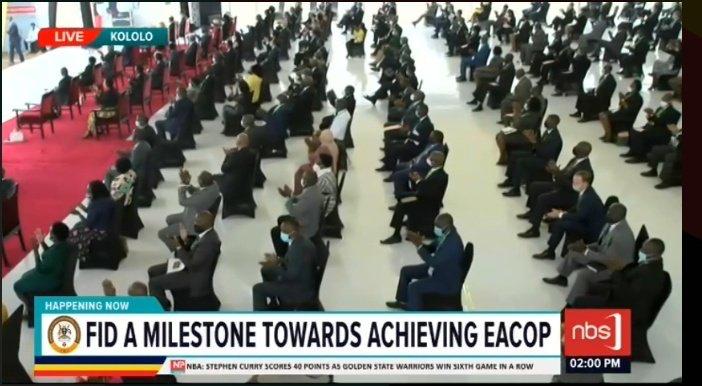 Through the presence of international companies and the expected joint ventures, Ugandan firms are expected to benefit from the opportunities presented by these projects, and they will be able to provide specialized technical services that were previously only available to the more experienced foreign firms.

Typically, the final investment decision (FID) is the stage in an energy project in which the firms operating the venture sanction its development.

“An estimate of $3b (sh10 trillion) investments is expected this year and $15b (sh52 trillion) and $20b (sh70 trillion) in the next three to five years. The planned $15-$20b investment after the FID will facilitate Uganda’s Gross Domestic Product (GDP) growth by 22% and also unlock over 60,000 jobs, where over 57% will be given to Ugandans, attracting $48m annually.” – Ruth Nankabirwa Ssentamu (Minister of Energy and Mineral Development )

The event was a major milestone that has paved the way for construction and other activities to bring first oil out of the ground in 2025. Aside from the pipeline, Tilenga project, and the Kingfisher project, Uganda also has various infrastructure projects that will support the development of its oil and gas deposits.

Minister Nankabirwa also added that as a result of the FID, the oil industry will “positively impact on the economy through various programmes”, including creating as many as 160,000 jobs for Ugandans and the people of East Africa.

It will also facilitate the provision of goods and services to the industry and see Uganda’s and Tanzania’s tax bases expand, she adds.

Fellow Citizens, Are you readyy!!! This is going to be a historic week in Our Country and the Petroleum Industry as Oil Companies @TotalEnergiesUG and @CNOOCUgandaLtd will tomorrow at Kololo Ceremonial Grounds announce the Long Awaited Final Investment Decision (FID). pic.twitter.com/OaqyWzwqfp

The minister said the dividends will also help Uganda settle its debt obligations as well as support the National Development Plan III. “We pray that this project materializes because it comes with a substitute of biomass (renewable energy from plants and animals),” says Nankabirwa.

On fuel security, the energy minister says that the recent fuel shortages are “coming down”. She says such crises that place Uganda in a vulnerable state will be “a thing of the past” with the advancement in the oil and gas projects.

Uganda National Oil Company chairman Dr. Emmanuel Katongole calls today a “monumental day”. He says that the development will unlock the oil sectors of Uganda and Tanzania, adding that it will also spur economic transformation of the two neighboring countries.

Katongole further noted that today will go down in the history of the East African region as the day that Uganda and Tanzania took a decision to transform the lives of its respective citizens.

Patrick Pouyanné, the CEO and chairman of TotalEnergies, says that it is a day to be clear why they committed to investing $10b (sh35 trillion) in the project, as well as a day of committing to go to first oil in 2025 “or maybe even a little before if we could”.

Final Investment Decision of the Oil and Gas Sector Signed