Tuesday, August 9
Home›News›SC Villa team has been involved in an accident on their way to Gulu
NewsNBS Updates 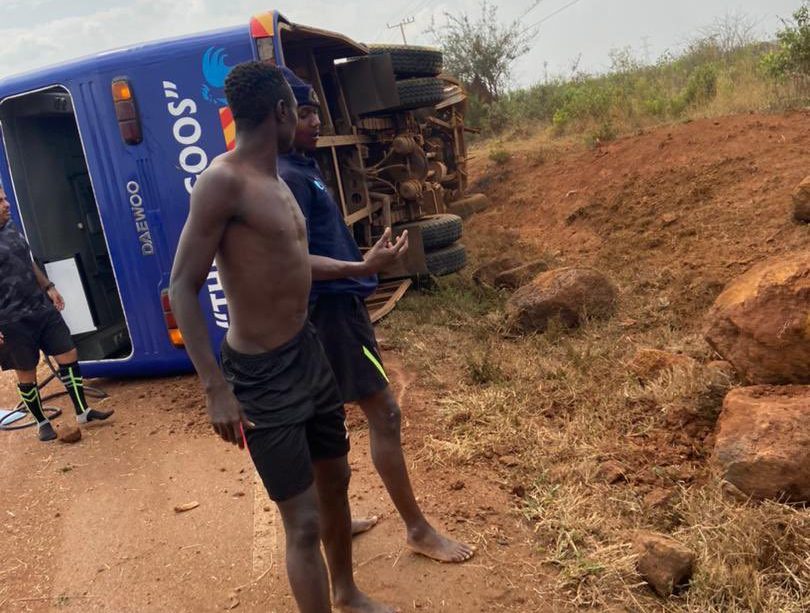 SC Villa has been involved in an accident on their way to Gulu for the Stanbic Uganda Cup. More details to follow.

For now the team is in transit to kampala. For more information please reach out to Nziraguhunga 0776636444. Secretary General Sports Club Villa. 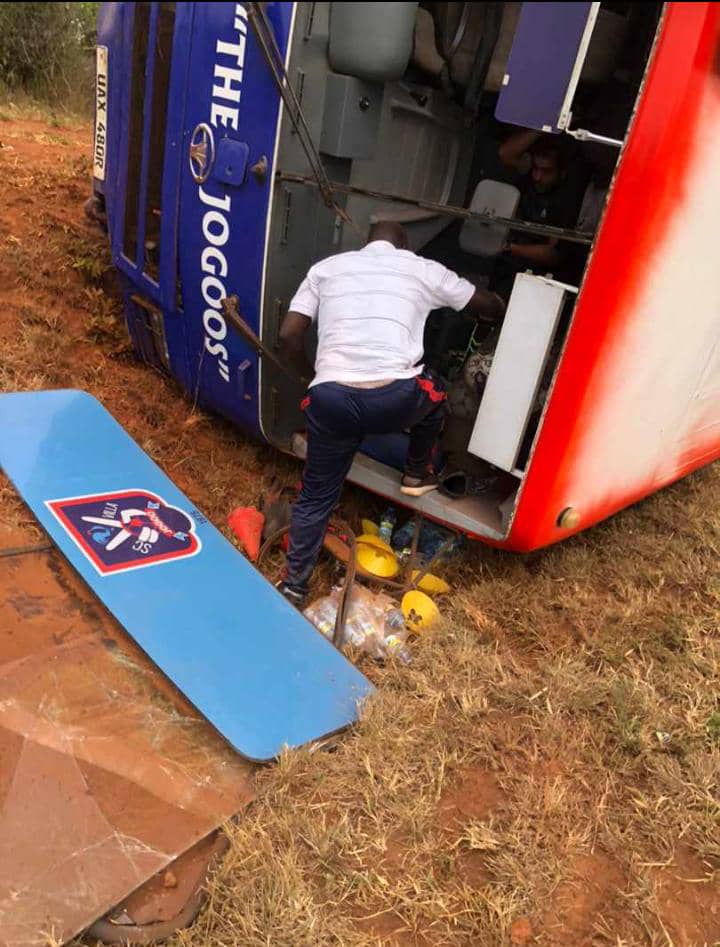 The got an accident at Migeera as we were heading to Gulu for our #StanbicUgandaCup game against Super Eagles, the injured players were rushed to St Francis Clinic in Migeera and the game was called off!

The team issued a statement on their official twitter handle:

Today our team on the way to Arua for a uganda cup match against …. got an accident, we are still waiting for the police report to ascertain what happened and we shall communicate accordingly. #CommunicationfromCEO

We can confirm that he entire team and coaching staff are all in stable condition after receiving first aid at St Francis clinic, Migeera.
Further assessment and management will be done in Kampala.

The scheduled game in effect will be postponed due to the accident. 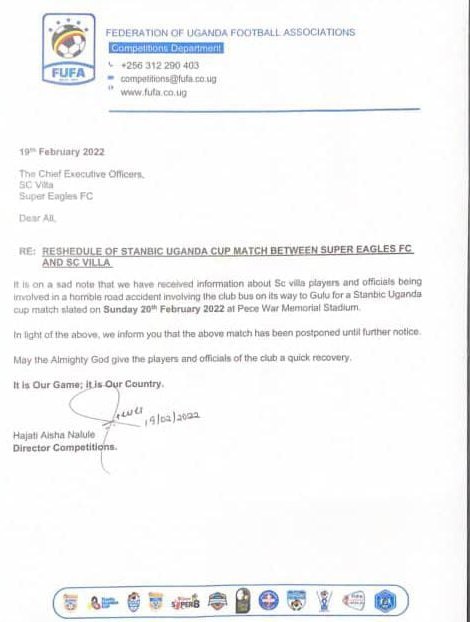 Breaking News : @SCVillaJogoo has been involved in an accident on their way to Gulu for the Stanbic Uganda cup round of 64. Developing reports indicate a tire blowout caused the accident .#NBSUpdates #SanyukaUpdates pic.twitter.com/bZ5hPmwGZS

Having read your most recent messages, we are very happy to learn that everyone is in a stable condition. We wish all players and staff a full and speedy recovery. 🤗

More Prayer's To @SCVillaJogoo Team Who Got An Accident Yesterday When Heading To Gulu.
Quick Recovery Brother @SadamJuma_ @BukenyaMagidu pic.twitter.com/Pwsm3EFNKg

Hey Guys, Thanks 🙏🏿 4 Your Prayers Am Ok & My Teammates Too. We Thank Allah 4 Da Gift Of Life @ScVillaMyClub 🔵⚪️ pic.twitter.com/my7WHRVRRg

33 teachers passed out to teach refugees

The Parliament Committee on Rules, Privilege and Discipline set to interface with ...