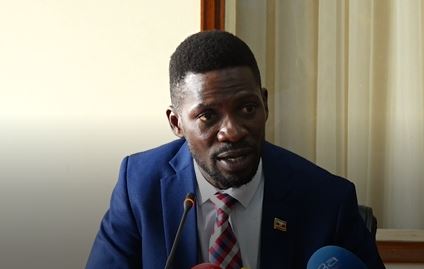 Robert Kyagulanyi Ssentamu, the National Unity Platform President told Journalists that MP Francis Zaake was illegally impeached and rules of procedure of Parliament were defied. Kyagulanyi said Zaake is still the legitimate commissioner of the opposition to the Parliament commission.

Everything was done in an illegal manner, we don’t believe in illegalities and we disagree with them, we continue to disagree with them. As far as we are concerned. Hon. Francis Zaake is our commissioner,” Robert Kyagulanyi Ssentamu

Changes in the UPDF Again