Deputy Speaker Anita Among in the Speakership Race 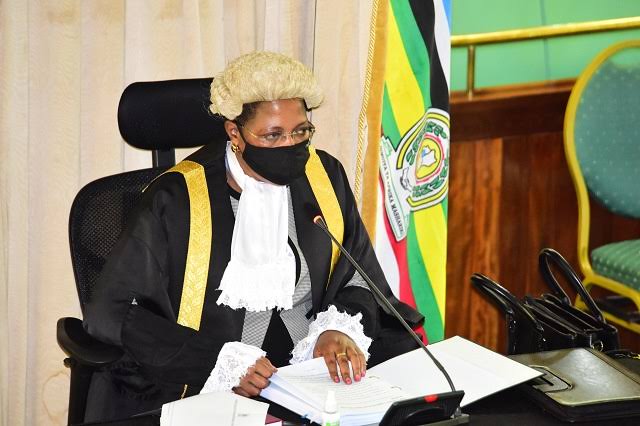 The Deputy Speaker Anita Among has expressed interest in the Speakership race. Her interest forms have been accepted by the NRM Chairman Tanga Odoi, the forms were presented by her P.A as she was unable to make it personally because of medical reasons.

Oboth Oboth who chaired the Legal and Parliamentary affairs committee that recommended for the lifting of the presidential age-limit has also expressed interest saying,

Jacob Oulanyah may be dead but I will not allow his dreams for the 11th Parliament to die with him,”

The Government Chief Whip Thomas Tayebwa who was expected to pick nomination forms has via twitter said he won’t be expressing interest.

However, i want to inform you that I WILL NOT BE EXPRESSING INTEREST FOR THE POSITION OF SPEAKER OF PARLIAMENT. I call on Honorable colleagues members of Parliament and the nation to remain united as we mourn our fallen hero. @GovtChiefwhip @Parliament_Ug @NRMOnline

I have expressed interest in the Speakership race, if my party caucus endorses me, I will resign from my current position.

The voting for the next Speaker of Parliament will take place this Friday.

Opposition to Decide on Speakership Race on Thursday