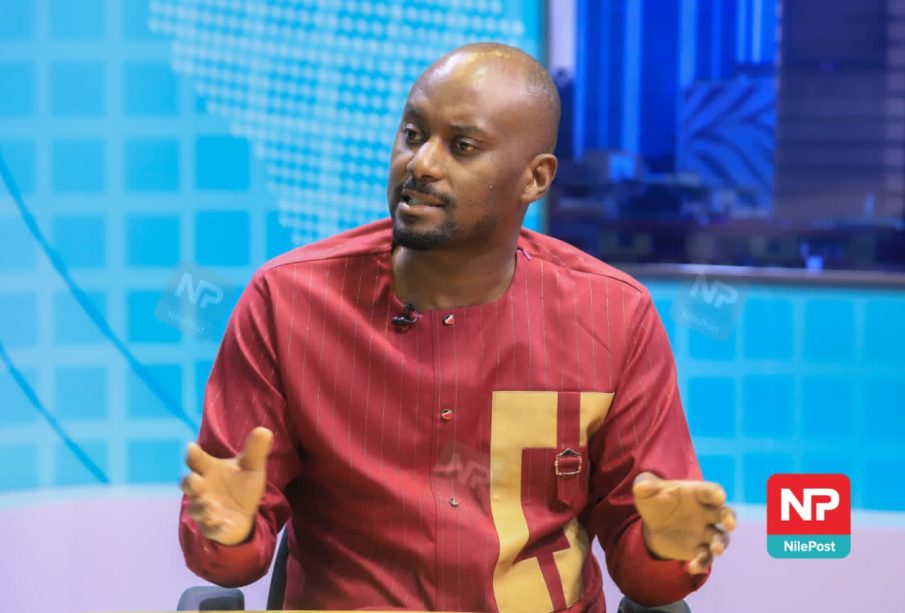 The National Unity Platform(NUP) Secretary General Lewis Rubongoya has come out to water down Norbert Mao, the Democratic Party chairman’s recent rants against the NUP saying he is diversionary.

The people of Uganda have real issues to deal with, prices of commodities are high, we have a rigged election we still want answers about then you have a person come to divert the attention of the people of Uganda,” said Rubongoya

Rubongoya has expressed disapointment in the political class of the country and urged Ugandan to take matters in their hands.

Our (NUP) concern is not about the attacks by Norbert Mao. It is about what we are doing to bring about change.

Rubongoya also has denied Mao’s claims that the NUP supports its supporters to insult people on social media.

We don’t pay anyone to attack anyone. The people of Uganda are watching. They are intelligent and can read through the lines. They can know who is or isn’t for them.

Rubongoya has said it is absolutely not true that their President, Robert Kyagulanyi Ssentamu is a demi-god as Mao claims.

I heard Norbert Mao call Hon. Kyagulanyi a demi-god, but if there’s a person who has been criticized by all kinds of people in this country, it is Hon. Kyagulanyi. Even us who work closely with him disagree with him sometimes in meetings.

Rubongoya has also said there are parties in the country that don’t qualify to be branded opposition.

The word opposition is misused in this country. Can you call UPC an opposition political party?

Mao also claimed NUP is not a legal political party in the country and urged all Members of Parliament under the party to go independent. Rubongoya has refuted this claim.

Watch the videos for details;

VIDEO: We started working on the process of getting a political party two years before we unveiled the party. – NUP Secretary-General Lewis Rubongoya #NBSMorningBreeze #NBSUpdates pic.twitter.com/7jLhXUQfDX

VIDEO: In my view, being registered as a political party in Uganda and your not NRM doesn't qualify someone to be in opposition. – NUP Secretary-General Lewis Rubongoya #NBSMorningBreeze #NBSUpdates pic.twitter.com/sEsjJuHjaK

One Dead in Jinja School Fire