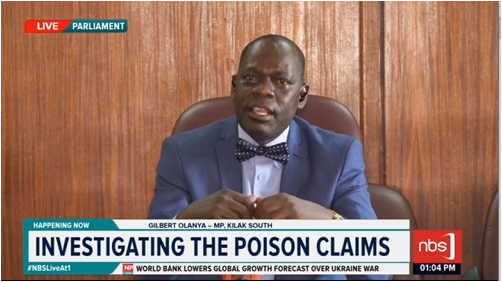 Kilak South Member of Parliament Gilbert Olanya has asked police to focus on investigating the claims of the alleged poisoning of prominent persons in the Country instead of intimidating those that come out to raise fear amongst people.

Olanya, one of those summoned alongside Mzee Nathan Okori, the father to the late Speaker Jacob Oulanyah, among others, is not worried about appearing before police if summons are delivered to him.

Girls Defiled in the Face of Justice System