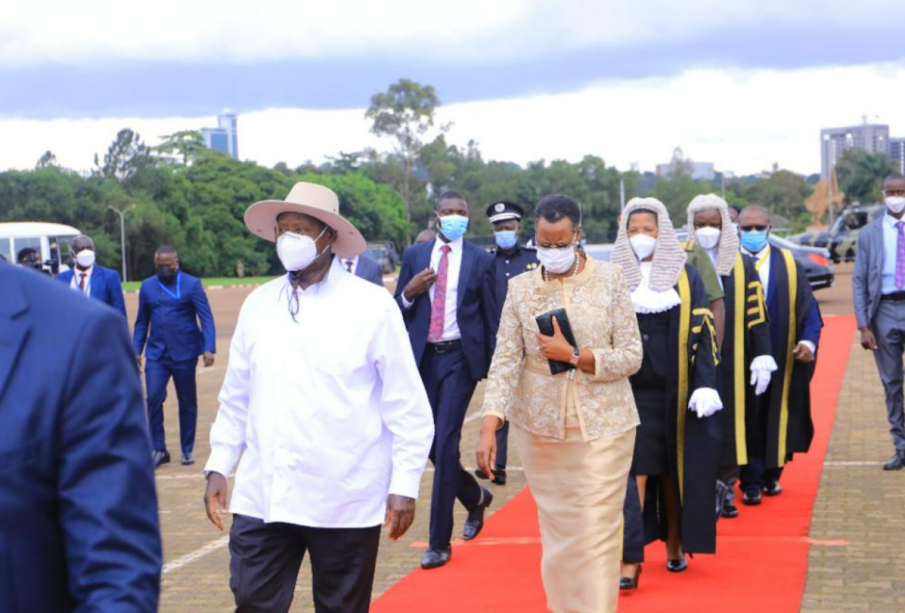 President Museveni revealed in his State of the Nation Address that he is the one who initiated the coffee deal to Pinetti and expressed his disappointment about the negativity against the project.

When I met Madam Pinetti, the one you’re attacking. She had no idea about coffee. She, however, had a big network, so she went to consult and said it was doable. I am the one who told her about coffee. ~ H.E @KagutaMuseveni #NBSUpdates #SONA2022 pic.twitter.com/7JrF8nKOG0

Museveni also warned Ugandans to begin putting on masks as the numbers of #COVID19 cases sore.

President @KagutaMuseveni: The public needs to be careful with Corona. Why were people not putting on masks at Namugongo. We are getting two deaths weekly. Be alert, please.#SONA2022 #NBSUpdates pic.twitter.com/PC0kfuXPBu

Museveni said the county has already achieved the middle income economy despite the inflation that he says will be tacked.