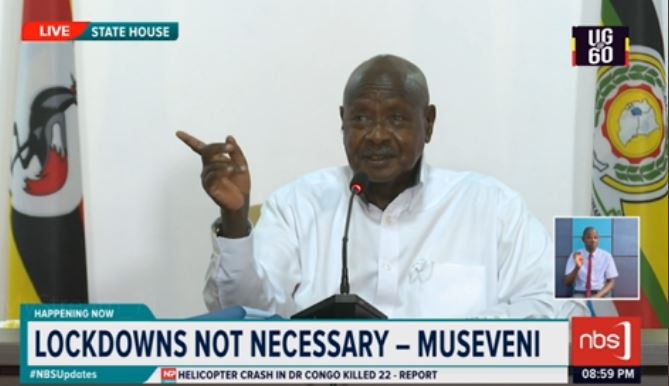 President Museveni in his address to the nation Wednesday evening, on Ebola emphasised the Standard Operating Procedures in the fight against the killer disease. The president told Ugandans to avoid touching the soft parts of their bodies such as nose, eyes and mouth. He warned that the disease could also be transmitted through sex. He revealed there is no need for stringent measures such as lockdown.

Us who are used of fighting wars, when we heard the characteristics of Ebola, we decided to fight differently. It’s not necessary to have lockdowns, close markets and schools or stop worshippers from congregating etc.

President Museveni also took time to squash wrong figures that he said were making rounds on media saying so far, there are five deaths and 24 cases confirmed.

Locals In Mubende Asked Not To Shun Referral Hospital Despite Ebola