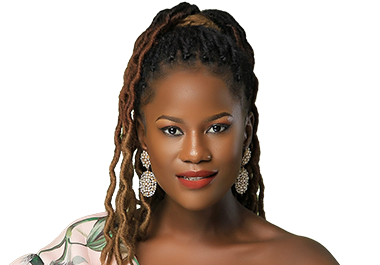 She is a radio host, MC, Brand Ambassador and Digital Influencer.

She has worked with the biggest Television brands in Uganda for more than 10 years.

Her Television Career kicked off during her form6 vacation in 2010 in Kampala, Uganda.

She designed and hosted the most popular university show, Campus 101, while she pursued her BA Education. Literature and English degree from Makerere University.

Thereafter in 2016, she joined Nation Media (Spark TV), hosting one of the most successful Entertainment shows Live Wire.
In 2018 joined Next Media Services (NBS Television), where She currently hosts Morning Xpress and Amasengejje Xtra.