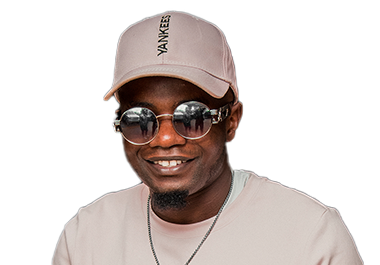 He serves as the official DJ on musical show NBS After5 with fellow DJ Mercy pro, Douglas Lwanga and Mc Kats and Next Radio with Qitui.

DJ Roja joined Next Media in 2018 at the debut of Next Radio where he would later join NBS TV for the AFTER 5 show with DVJ Mercy pro, MC Kats, Douglas Lwanga and Sheila Gashumba

He is half of the musical duo Slick Stuart Roja with his counterpart DJ Slick Stuart whom they have been working together on sounds like; Kiggwa leero Ft chameleon, Sunday Ft Tonix Very well Ft king Saha, Eva Ft Ykee Benda Pon mi rmx ft skales and Beenie Gunter.

Besides the above, Rogers Kitaka is Record producer, Events producer & Artist manager.

DJ Roja was born on 29th September in Kampala, Uganda where the DJ studied and spent most of his childhood.

Roja was born to father Ganga Nsubuga and Mother Agnes Nankabirwa where he was born as the first child of the family which lived in Kireka, Kampala district.

DJ Roja started his DJ career during his internship at Sheraton Hotel where he decided to try out as a DJ and he left home to take on the career under mentorship of DJ Pollo who helped him master and navigate through the Music industry. He later met DVJ Mercy Pro who he also worked with to improve on his career up to when he joined as a DJ at Wave lounge which elevated his career as a renown DJ.