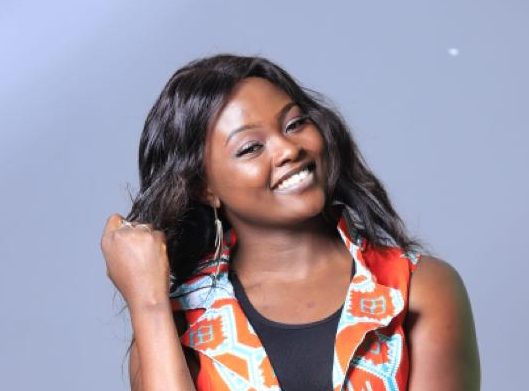 Qitui Florence, born Kitui Florence Makyeme is a multitalented young woman living in the suburbs of Kampala. Radio presenter, TV show host, event MC and moderator, Interview guru, event manager, creative director, Voice Over Artist… she was born in the early 90s and grew up in a time characterized by technological advancement and at the dawn of the TV era in Uganda.

Born to a civil servant and a banker, she took every advantage of her modest means to excel in school at Nakasero Primary School, and thereafter at Mariam High School and Nabisunsa Girls’ School respectively following it up by pursuing a Bachelor’s degree in Information Technology at Makerere University. None of these however prepared her for life in media… a life she would find she needed little preparation for…

Qitui’s journey into media however, started long before she ever did her first radio show… before 2015 when the biggest radio station in Uganda, Capital FM, held a countrywide contest to find the next best radio host. With mentorship from radio greats such as Dr. Ronnie Mich Egwang and Ben Mwine, she set out to conquer the world of radio in a competition that brought together over 7000 people from four corners of Uganda, people who she outclassed to become the Next Big Radio Presenter. This journey introduced her to Next Media Services when she joined Nxt Radio (now Next Radio) the first ever audio-visual Radio in Uganda in 2018.

This also opened doors after she discovered her passion for and skill in Television, working on Uganda’s biggest television station NBS TV on shows like Kitchen Kings, No Filter, NDA Life and Health show among others.

Qitui believes she is the ‘voice that will launch a thousand ships’, a hope inspired by an anecdote from the famous Helen of Troy. She has explored her vocal range as a Voice Over artist, becoming the official voice for many big brands and producing memorable voiceovers for many more.

She has also enjoyed a successful career in experiential marketing and events management with broad, hands-on experience acquired during her tenure at Eclipse Marketing & Events under the knowledgeable stewardship of Dr. Ronnie Mich Egwang, an event connoisseur & communications aficionado and thereafter was headhunted by Next Production Limited to be Head of their Events section and Creative Director.

When she takes a break from her exploits in media and events management, you’ll find her playing volleyball or listening to Johann Sebastian Bach. She is active on social media platforms; facebook, twitter, Instagram, snapchat and tiktok. She loves dancing and hopes to prove to the world one day, that a jack of all trades, can be a master at them all