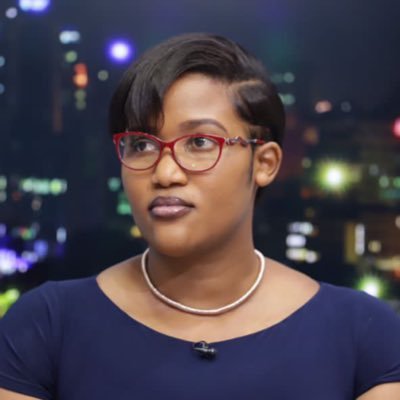 Isabella Tugume is a Ugandan Journalist currently working with NBS Television a company of Next media services, the biggest media house in East and central Africa as a News Anchor for the prime time English news bulletin Live at 9 and hosts and is the face of the biggest Business show in the country, Business Perspective.

Isabella’s carreer started with New Vision, NTV and Radiocity before joining NBS as a reporter. She’s passionate about telling stories that matter and speaking up for the voiceless. With Numerous years of experience, indeed, she interacted with policy makers and the common man to make the day in the life of the everyday Ugandan bearable. For this, she has been recognized both from within and outside the country receiving accolades for this.

Away from her journalism, she also teaches. This is an Avenue she was encouraged by her father to join to get over her Fear of public speech however it quickly grow on her as she was touching the lives of many students who admired the growth made.

Isabella loves to learn, unlearn and relearn. She believes There are two sides to every story; dig deeper. Isabella encourages many to turn their passion into profit.

Isabella graduated with a Bachelor of Science in Journalism and Public Relations. She also have a Diploma Certificate in IT and currently pursuing a Master’s.