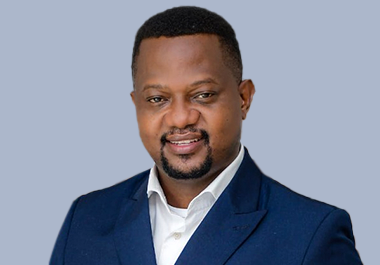 Joseph Kigozi is a Senior Sports pundit, reporter and Show host on NBS Sport, he is also the Group Deputy Group CEO and sports broadcaster at Next Media Services, the home of NBS Television.

Kigozi has been a key note speaker at the International Youth Conference on leadership in India in 2008. He has managed international partnerships with NBS TV like Voice of America, DW & BBC.

He has featured on the BBC Big Talk as a speaker and panelist sharing valuable knowledge in Broadcast Journalism.

Attended various high -level trainings of Media Leaders in Africa by BBC, VOA and DW over the years.

Kigozi then moved to Bulange, Buganda Broadcasting Services (BBS Terefayina) for 2 years as Chief Executive Officer and built a formidable brand, built channel into top 5 most watched in less than 2 years from scratch before heading back to Next Media Services (NBS TV) where it all started.

Joe Kigozi started and hosted one of the leading sports shows on NBS (442). He was a guest commentator on GTV in 2008 when Uganda was playing Ghana in the Africa Cup of Nations.

His passion for football compelled him to start the Joe Kigozi Academy, a learning institution/ soccer Academy for young football players with an aim of empowering young people to study as they build their talents in football.

Aside from media, Kigozi has worked with different organizations like Pearls Porto Consultancy as a Communications Director. Joe Kigozi sits on various boards; Next Media, Reach A hand and Architects Registration Board.

Media Viablity: The Impact of COVID19 to the media industry in Uganda

US Envoy at the Joe Kigozi Academy