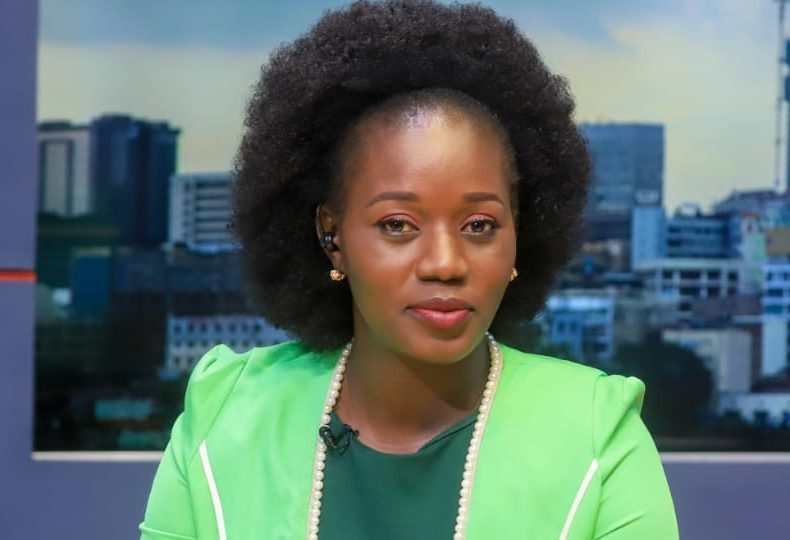 Mildred Tuhaise is a News Anchor, Reporter and Show Host on NBS Television
Mildred is a morning show for the #NBSMorningBeeze and Prime Time news anchor and reporter at NBS Television.

She an award winning journalist with over 15 years experience in Journalism. She started her media career as a teen presenter growing through the ranks to become a top class political show host and news anchor.

Mildred has immense experience in events moderation including the first ever security dialogue in Uganda that brought together all security chiefs to talk about the country’s security, various UN agency summits and launches, Government high level Dialogues, Investment summits, private sector Dialogues among others.

She previouslly worked as a teen presenter , news anchor and programs manager at Top Television between 2006 and 2012.
She later moved to WBS Television as a news anchor between 2012 – 2015 .
She then joined NBS Television as a news anchor, show host, and reporter.
Mildred is the Leader of Girls incorporated Uganda an NGO that champions girls/women’s rights strong smart and bold. She is part of the Activators a group in partnership with the US mission that encompasses numerous youth heading organisations that seek to bring change in society.
Mildred is a passionate about farming dealing in tree nurseries among others.
She is a former dance choreographer and also a fitness enthusiat.