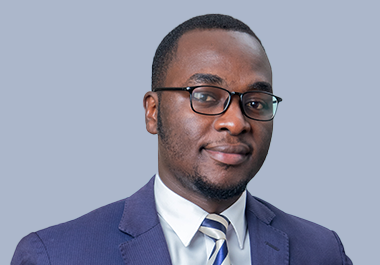 Obadia Ismail Otim is also the Legal Counsel for the National Association of Broadcasters of Uganda handling all the legal obligations and responsibilities of the Association. He is an Advocate of the High Court of Uganda and all Sub-Courts thereto and he’s also member of the Institute of Chartered Secretaries (ICSA) (Stud.)

Obadia worked at ENSAfrica Advocates one of the leading law firms in Africa and is the first African to win two awards from the Price Media Law Competition International Final Rounds at Oxford University, London in the year 2016.
In a research conducted by ICSA in 2020, Obadia was recognised as one of the youngest Company Secretary at a level of a multi-million Dollar Level Holding Company.

His national and international exposure has enabled him to bring a technical, analytical and unique legal perspective to his work suitable for the current and technological advanced generation.
Obadia speaks in various youth forums on leadership and success of the youth. He is currently the Patron of Forum for Ideas, a platform of Intellectual growth (that he founded while at his University days)