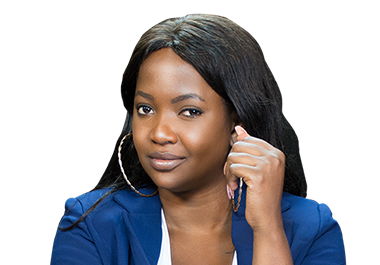 Posha Aloyo is an Ugandan Television Producer , radio host, events host, writer, Digital Influencer and an event organizer.
She works with the NBS Television brand in Uganda for the past four years, having produced the biggest tv shows during the lockdown and cemented her position in radio as the host of the mid morning show.

Posha Aloyo started her journey in the media with radio having been amongst the maiden hosts on the first ever audio visual radio station in Uganda, Next radio. She then got promoted to the role of producer of the biggest entertainment shows in Uganda, #NBSAfter5 and #NBSKatchup.

Posha Aloyo is also a passionate influencer having worked for big brands like Uganda Breweries Limited and the Government of Uganda.

Aloyo is also a seasonal writer passionate about the music industry and it’s growth. She volunteers and gives PR and career guidance to people in the industry.

She is a BBC trained radio host and producer who recently graduated in the Next Media CEO Mentorship Class with flying colors.