EC Calls on Women to Participate in Women Council Elections 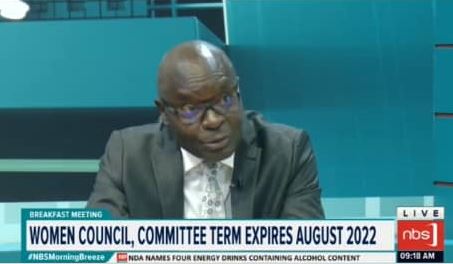 Justice Simon Byabakama has called on all women to participate in the upcoming Women Council elections that will take place in the country. Byabakama has said many women in the villages still don’t think they should be part of governance of the country yet they have beneficial contributions just like men do.

Watch details of how to be part of the election;

VIDEO: Byabakama: After the general elections last year, we went into the petition phase with so many courts. We have been busy attending to the petitions, preparing for them and appearing in court.#NBSBreakfastMeeting #WomenCouncilsElections2022 #AdminUnitsVerification2022 pic.twitter.com/hBhxcymFSW

VIDEO: Byabakama: I think, as @UgandaEC, we did a great job in last year's general election of making sure that elections went on smoothly.#WomenCouncilsElections2022 #AdminUnitsVerification2022 #NBSBreakfastMeeting pic.twitter.com/JLT26H6XWx

VIDEO: The data we are going to generate will also be used in the LCI elections next year. We are not discarding the old data. –Justice Simon Byabakama@UgandaEC#WomenCouncilsElections2022 #NBSBreakFastMeeting #NBSUpdates pic.twitter.com/gbK0AXBSvF

VIDEO: Byabakama: In the local council one and two elections, we don't use the national voter's register.#WomenCouncilsElections2022 #AdminUnitsVerification2022 #NBSBreakfastMeeting pic.twitter.com/SshBcel1qN

Zaake in Court Challenging His Censure