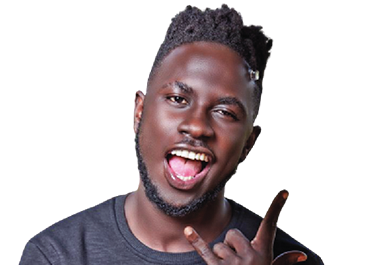 He is the host of NBS Television popular Teenz show Youthvoice show that runs Saturday at 8:00 am.

MC Ollo is the MTN Pulse Ambassador in Uganda and an influencer for Safeboda.
He is a casual Teenz face and host of teen and youth events in schools and around East Africa.
MC Ollo is the team leader of Kiromo Brand House, the maker of the Hi Skool Kiromo. He is also the team leader Ollo Experience Uganda, a platform dedicated to supporting and empowering teens and youth in Africa through sustainable development.

He featured in a tele documentary about the Uganda Martyrs, as the then Katikiro(Prime Minister) of Buganda Kindom, during the Colonial times.

MC Ollo, real name Odong Stanley, was born not so many years ago(21st May) to Ayoo Margaret and Anying Geoffrey.

His father died when he was barely three years old.

Since that time, Ollo has lived through the iron hands of a single mother with his two sisters; Cathy and Nancy.

The self-proclaimed TV Gawd started out on his emceeing career quite early.

For many years, Ollo has been a casual face at most teen events like Kadanke, Buzz Teeniez Awards, Zzina Sosh, Debwaz, among many others.

Those are the same platforms that provided him with the opportunity to showcase his talent.

Some of his work

What is HIV? – Street interviews