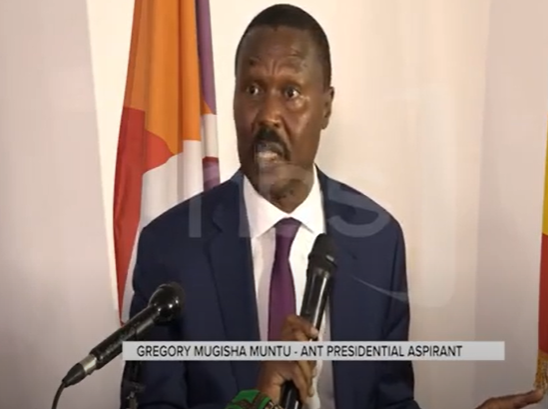 Retired General Gregory Mugisha Muntu went through unopposed as the Alliance for National Transformation candidate. This was after the party’s electoral commission presented him as the flag bearer for the ANT party on Wednesday.

While giving his acceptance speech, he said that he had been looking forward to internal competition for the party card. He said that he wants the ANT to win more positions.

The former FDC president said that he is, however, open to discussions to seek a unified opposition candidate. He stated that they are going to engage with other political groups adding that they are to go there open-minded.

“We broke down under TDA, just because we failed to get a single candidate. And for some of us we realized that we are putting more emphasis on what was secondary removing our eyes on what was primary,” said Muntu.