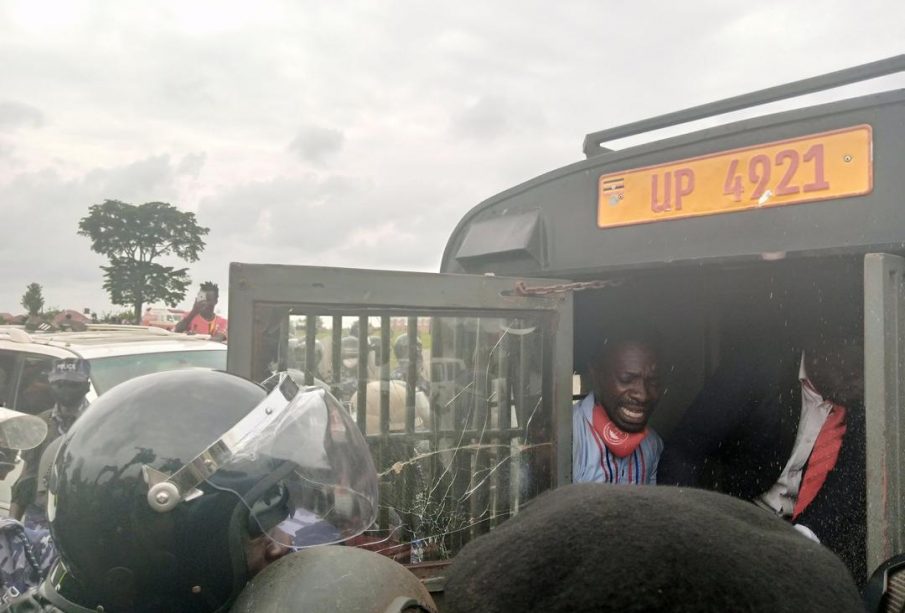 National Unity Platform presidential candidate Hon Robert Kyagulanyi Ssentamu has been arrested in Luuka district. This after he was momentarily stopped at the district border and later let inside. Some of the cars on the motorcade were blocked from entering the district.

Luuka District is where Hon Kyagulanyi was expected to hold the day’s first campaign meeting. However, a scuffle arose between his supporters and security that led to the firing of tear gas by the Police to disperse the crowd as supporters fled the campaign venue.

Police claim to have arrested Hon Kyagulanyi because he had allegedly gathered more than 200 supporters at his campaign venue which is against the guidelines by the Electoral Commission to contain the further spread of COVID-19.