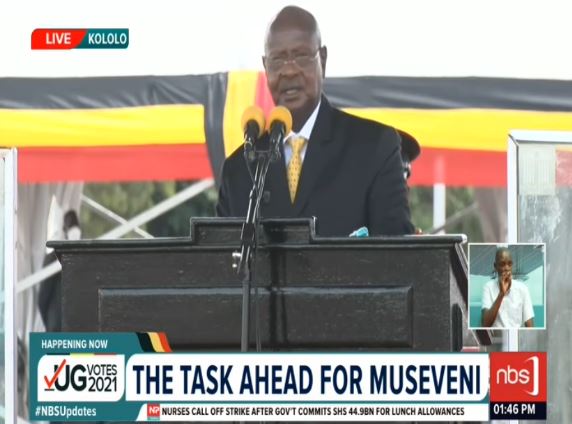 Speaking in front of over 12 African heads of state and other dignitaries from all over the world shortly after being inaugurated, Museveni said Uganda initiated its own democracy that he said is one of the best in the world and therefore nobody should lecture Uganda on democracy.

President Museveni went on to tell the African heads of states present to protect Africa and show the world that Africa is important too. He said Africa shouldn’t be pro-West or pro-East but rather pro-Africa because that is what we are.

The President went on to conclude by telling Ugandans to get to work because elections are over.

Museveni sworn in as president for sixth term